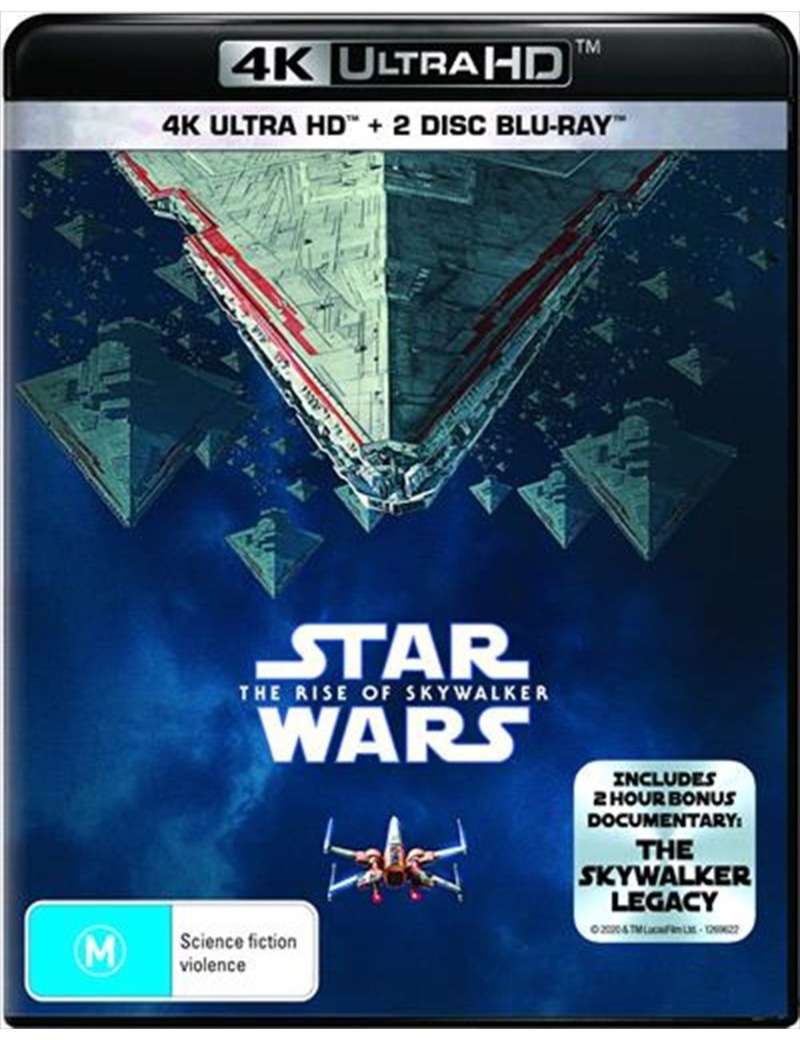 4 interest free payments of $8.50
Be the first to review this style Size Guide

The surviving members of the resistance face the First Order once again, and the legendary conflict between the Jedi and the Sith reaches its peak bringing the Skywalker saga to its end.

Review of Star Wars: Rise of Skywalker by Christopher Pattison

Star Wars: The Rise of Skywalker has finally made its way to Blu-Ray and 4K UHD. After a long wait, the first trilogy under the Disney acquisition has wrapped and fans couldn’t be happier. The Rise of Skywalker proves to be a love letter to the fans, highlighting some of the strongest moments In the franchise, with gorgeous set pieces, emotionally rewarding moments and strong character moments that the franchise is known for. Rey, Finn and Poe are dynamite together once again and it was great having these characters paired during the film. Kylo Ren has a great arc as well, with his internal conflict explored and the payoff being extremely satisfying. The cast are all fantastic and the film ends the trilogy with a satisfying conclusion to these characters. All in all, this is a great send off to these characters with the Skywalker arc feeling complete. Pick up this one in 4K UHD if you get the chance, it looks fantastic!